Did you know that maple syrup is graded according to the amount of light it is able to transmit, as well as its related flavor profile?  More simply put, how light or dark the syrup is in colour and how strong a maple flavor it has.  The colour and flavor profile of maple syrup is directly related to, and dependent on when it is made within the sugaring season.  This timeframe and associated seasonal temperatures dictate the sugar content of the sap and therefore the amount of boiling required to render it into maple syrup.  Think about what you will be using your maple syrup for and how strong a maple flavor you will need and enjoy.

Extra light syrup has a smooth flavor and one of the most delicate of all of the maple syrup grades.  This light colour is made earlier in the season during the colder weather.  The smooth, very delicate maple flavor is ideal for making maple candies.

This syrup has a smooth flavor and delicate flavor profile.  This lighter colour is made earlier in the season during the colder weather.  The smooth, delicate maple flavor is ideal for making maple cream and maple candies.

This maple syrup is slightly darker in colour than the Ontario No. 1 – Light and is known for its smooth maple flavor.  This syrup is generally produced mid-season when the temperatures start to warm slightly.  Its popular flavor is most often used for table syrup.

As the days become warmer further into the sugaring season, this full-bodied maple syrup grade is produced.  Both the flavor and the colour are slightly stronger and more intense than the Ontario No. 1 – Medium maple syrup.  This syrup is most popular as table syrup and for overall sweetening purposes.

This dark maple syrup is anything darker than the Ontario No. 1 – Amber grade.  It is generally used for baking, cooking or as a commercial ingredient.  We produce this grade the latest in the season which lends to its exceptionally robust maple flavor.   This maple syrup is most popular among bakers, chefs and commercial food producers who rely on it for flavoring.  We do not recommend this as a table syrup due to its exceptionally robust flavor.

For the 2014 sugaring season Timber Isle Maple Products will have Ontario No. 1 – Medium, Amber, and Dark Maple Syrup available.

Maple Syrup Grading System Changes are on their Way

MAPLE SYRUP HAS BEEN ADDED TO THE LIST OF ‘SUPER FOODS’

Maple Syrup has been added to the list of SUPER FOODS. A ‘SUPER FOOD’ is defined as ‘a nutrient-rich food considered to be especially beneficial for health and well-being’. More intriguing about super foods are their apparent cancer-fighting properties.
Click HERE for details.

‘Maple syrup is even being described by scientists in America as a ‘one-stop shop’ for beneficial compounds. Tests on the syrup, which is made by boiling sap from the maple tree, found that it contains compounds which could help manage Type 2 diabetes, as well as acting as anti-cancer and anti-inflammatory agents’.
Click HERE for details.

Some of the other foods that can be found alongside Maple Syrup on the list of Super Foods are as follows:

WHAT IS MAPLE SYRUP MADE FROM? 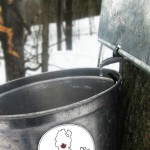 Maple syrup is made from the sap of maple trees. Sap is the fluid that flows through the vascular system of trees. It is primarily composed of water, dissolved sugars and mineral salts. By simply boiling maple sap and evaporating the water content, you are left with the concentrated sugars, or syrup.

HOW MUCH SAP DOES IT TAKE TO MAKE MAPLE SYRUP? 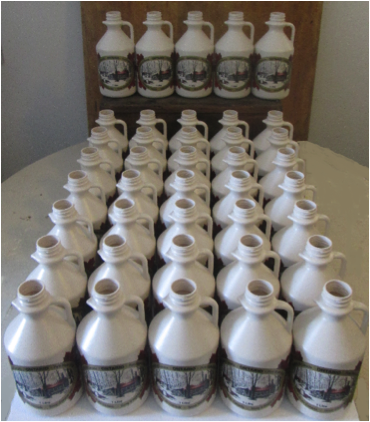 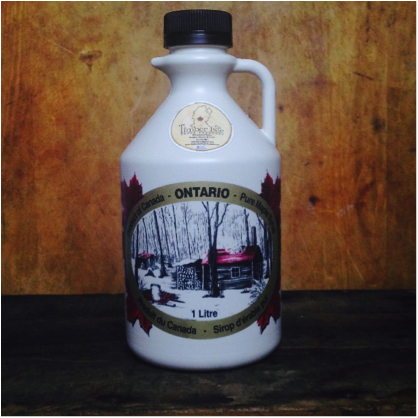 Here we use 1 litre bottles to show approximately how many litres of sap it would take to make 1 litre of our finished syrup.

HOW DO YOU KNOW WHEN YOU HAVE BOILED THE SAP LONG ENOUGH TO HAVE SYRUP? 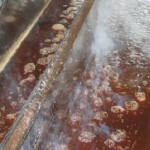 WHAT TYPE OF MAPLE TREES DOES TIMBER ISLE MAPLE PRODUCTS USE? 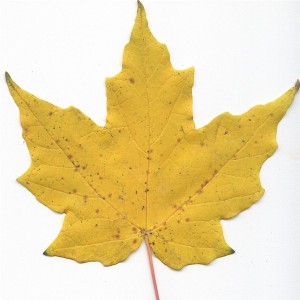 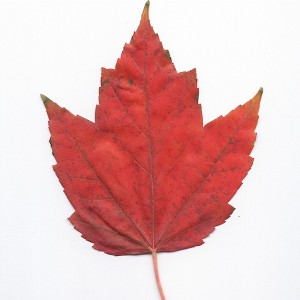 BAKING WITH MAPLE SYRUP INSTEAD OF REFINED SUGAR 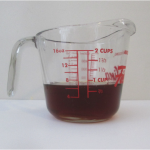 Maple syrup can be used as an alternative to refined sugar. Substitute ¾ of a cup of maple syrup for every 1 cup of sugar called for in your favorite recipes. Due to the liquid nature of maple syrup however, remember to reduce the liquid content of the recipe by three tablespoons for every ¾ cup of syrup used. Enjoy the natural sweetness imparted by the delicious maple syrup.

WHEN DOES THE SAP RUN AT THE TIMBER ISLE MAPLE PRODUCTS SUGAR BUSH?

DOES TIMBER ISLE MAPLE PRODUCTS MAKE SYRUP ALL YEAR ROUND?

We truly wish we could! The answer however, is no. Unfortunately, when the temperatures and sunlight conditions are favorable for bud-development, the flavor of the sap starts to become bitter and causes the maple syrup to have an ‘off’ taste. When the buds start to swell or ‘burst’ it is time to stop collecting sap. An old expression that seems to hold fairly true, is ‘when the white moths fly, it is time to say goodbye’.

IS THERE FAT IN MAPLE SYRUP?

NO FAT!!  How wonderful it is to have such a sweet treat with the knowledge that there is NO FAT!!  See below for the nutritional information for 100% pure maple syrup: